Christmas time in the city... 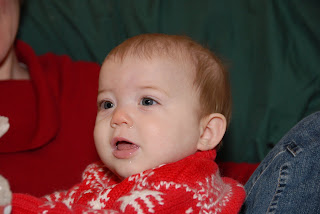 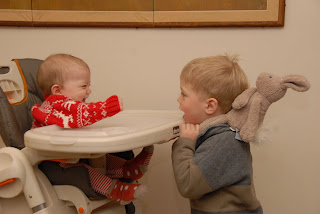 Bug never buys a thing you say hook-line-and sinker and I am so thankful and proud that he's his own person. Here's the latest, Bug went to church to see the Christmas Pageant which was really mostly for adults to see cute kids and not for kids. So, they bring out the baby Jesus and Bug is saying in his very not-church-like voice, "Why doesn't baby Jesus cry like our Baby? Is He alright?" I say, "He's fine, this baby Jesus is pretend, this baby Jesus is plastic." But with squirrelly, I've been in church too long ears, I think Bug only heard a bit of it...as Bug replies, "Baby Jesus is plastic?!" 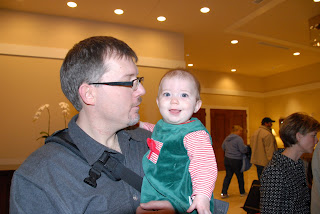 The Phoursome went to the winter's carousel and to see the gingerbread display at the Sheraton. 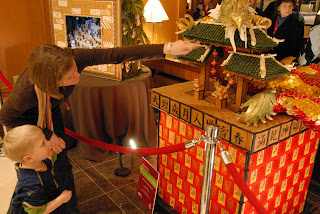 Each year, the Sheraton hosts a gingerbread contest with a theme in support of some charity or another. We went to go see the results. In front of us was a sweaty, old man with loads of opinions said, "It wasn't as good as last year's." Well, we didn't see last year's and Bug was enthralled, particularly with the dragon about to eat the Chinese temple. Afterwards, Bug said, "Well, it's not as good as last year's." 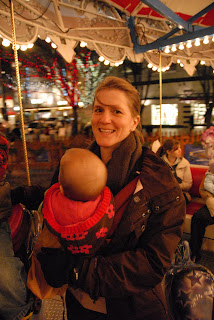 To this, I declare to all with opinions that are far larger than they should be, it's GINGERBREAD, MAN! Get a grip! When have you made a crouching dragon out of finicky cookies? When were you three last? How dare you forget that what you say and how you say it matters? Get over your sweaty self and either a) don't leave your house or b) leave your house and shed your adultness, it's CHRISTMAS. Dude! Really! Please! 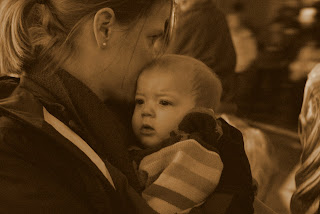 We are off to look at Mt. Rainier tommorrow should the sun visit us. We've got a garbage truck and a teething ring that Santa's delivered and a few yummie cookies and a surprise or two for the adults in the house too. It's Christmas! It's Christmas! IT'S CHRISTMAS! Regardless of your spiritual inclinations, enjoy a rebirth of your own! We'll celebrate with you always and in thanks! 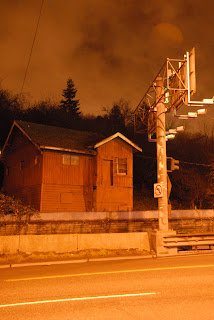 So really, I should follow up my "stupid tree" entry with an update, but I have no idea how to download the pics from Matt's camera. I know, you think I "should" figure it out, but I also know that it's quite alright to have a division of labor. I also know how to keep my sanity. So, until those pics are downloaded...here's a fab foto Matt snapped and then a few of the kidlettes that I took. A friend had an entry on her blog about how she takes a break from being an adult. She doesn't cook. I however, don't do laundry and I've got piles of laundry. In fact, I wanted to take a picture and show you the laundry that is piled neatly and sometimes discreetly around my house as I am in a break-taking phase, but I realized that it would be a lot of pictures and it would maybe be just a bit too much for an entry so close to Christmas. 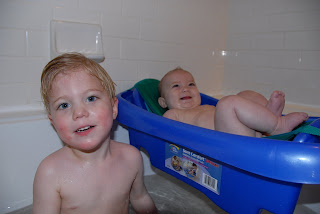 We believe in Santa in this house. I perpetuate the myth. I don't have any worries or fears about it.
I also teach my children about faith. I also know the importance of practice and of imagination, particulary in times of trouble. Imagination is "thinking outside the box" in adult corporate speak and I can tell you for sure that there are few boxes at our house. 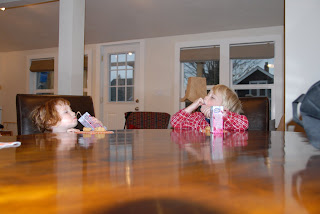 I know that I'm raising children that are secure enough to deal with and learn from the bummer that is "knowing," about Santa and I will happily teach them that when one is bummed, don't do laundry. 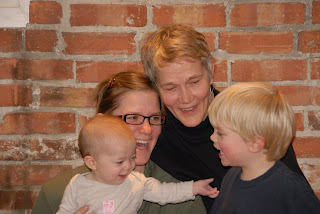 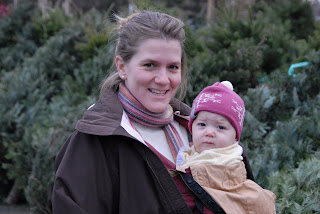 Bug is sensitive to our Christmas tree. Really. I thought it might be in the emotional vein of "sensitive" as when the tree first arrived inside, he hugged it and said, "I love this very tree." But, it turns out, not in an emotional way, but in a way that's "allergic," but I don't want to say that because lots of kids have "allergies" of the nasonex-kind or the Iavoidthisfoodbecausemytummydoesn'tfeelgood-kind whereas Bug has a deadly kind and I don't want nasonex allergies and deadly allergies to be mixed up in the media or on the playground or at the gym or at my friends' houses any more. Not any more ever. Because they are different. So, Bug is sensitive in a not emotional way to our tree. But Dr. "Allergy" said that evergreen pollen is not in season at this time and even if it were, it's too big to really cause problems, so Bug is allergic to the MOLD growing on our dying tree glowing with lovely festive lights and the trash that is a collection of kids ornaments made and fading under the weight of too much glue. Wheeze, wheeze, puffy eyes...I've seen it all before. I guess all dying things emit mold. Who knew? Takers? Stupid tree. Stupid allergies. 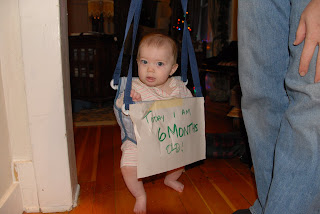 Sweet Baby G loves to jump. She flops herself in the air, and stops, one foot and just one foot on the ground. You can see it in this pic, the foot in the foreground has just been stomped and she is ready for more. Of all people, she's the daredevil of our small family. I suppose Bug's "allergies" are daring enough for his system. She's six month's old and somehow gets from one end of the room to another in the time it takes to read a "Toot and Puddle" book. 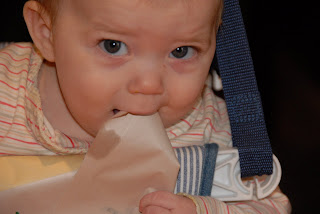 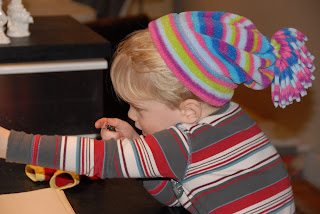 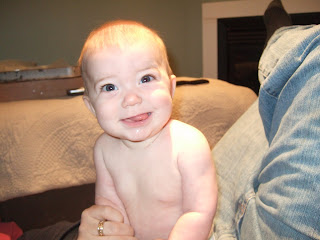 I'm trying a new parenting approach. I'm trying not to parent from a position of fear. I'm trying to figure out the difference between being wise and being fearful. Wait. Stop. Think. It's actually a hard difference between the two ideas when you think of your wee ones. I'm afraid Bug will die from an accidental exposure to milk when we leave the house, when we bring in groceries, when a neighbor kindly drops by with her daughter chomping on toast. However, it's also wise to let Bug figure his way in the world by having pj-days in the house, going grocery shopping, visiting with our kindly neighbor dropping by and chomping on toast. If you have ideas, help me out here. I need them. The best things in life are those that are done without fear, with your tongue hanging out of your smile and drool on your chin and your nakey, nakey chest. Sweet Baby G is cooing in my lap, not at all fearful that I'm about to send her to bed. Off to play and, indeed, send her to bed.