Here is a list of the creatures great and small that we've seen in the past 24 hours in the wilds of Nana and Bopa's backyard.  The list is in order of appearance.
coyote
toad
beetle
finches and more finches
partridges
cricket
horned caterpillar
termites/termite mound
vulture up close, but not personal.
Posted by Jenna at 4:38 PM No comments:

We are en route to Scotland with our first stop being in Arizona.  I went the other day to get the kids' medical records from the pediatrician's office. I sat down and made small talk with the woman at the desk.  And, case in point, my small talk never stays  very small for long. The woman asked where we were going. I then asked where she was from as she did not have one of the standard American accents. She said Viet Nam. She was about my age. She asked if we were moving for work and I said yes. I asked why she moved from Viet Nam. UHM, I AM THAT DENSE WITH NO SLEEP. She said, "Well, it was just too hard." I asked if she was ever homesick. She began to well up with tears...twenty some years after her move. Then, I began to well up with tears. She wrote the most beautiful and simple note of well-wishes and sent it to me with our medical records. I am so thankful that we're moving for work. I'm thankful that we're moving as Americans.  I'm thankful that we're moving to Scotland. I'm thankful that what's hard for me is really not so bad. Vote.
Posted by Jenna at 2:01 PM 3 comments:

Last night I went to a burlesque show at The Can Can. It was just simply the most fascinating celebration of the body in all of its faults and goodness. No. No nakedness or anything that everyone is all afraid of with burlesque. It was simply a dance troupe in clothing with tassles or tight pants. They were amazing gymnasts and tap dancers and belly dancers just trying to make a living off of the thing they do best. Hats off (and no other clothing) to them for being so brave and creative. http://www.thecancan.com/
Posted by J at 1:14 PM No comments: 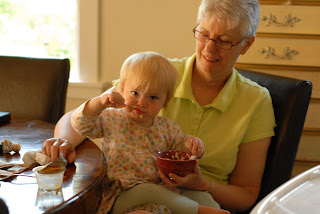 So, I admit it. I used to read my horoscope. Not in any weird or religious way. Just for fun. Bill Nye the Science Guy said once that kids should cut up the horoscopes and mix them up and then see if they can guess which one goes with which "sign." The point is that you can't, because it's a bunch a bunk. But I still read them for the compliments and sweet reminders they bring unsolicited. "Today's an 8. Have fun and share your talents with those dear to you." Wow! Of course I will do that, but what a sweet reminder. Then, today I read my horoscope and it said. "You are not as good as you think you are." For those who know me and the internal putterings of a mind always questioning the good I put forth, this horoscope was a waste of my time. I mean, if you can't get a mindless compliment anywhere but your daily newspaper...where else are you going to get it. I'm done! Phooey!