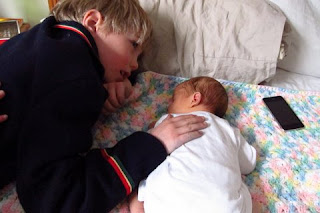 I really need to tell you what a great day my eldest son had the other day. It is amazing to have a boy confident enough in his self to be interested in his youngest sibling. He changed TW's wet diaper by himself at his request! He tended to his sister's bruised knees and hurt feelings. He was strong on the rugby field and finally told a reasonably funny fart joke. 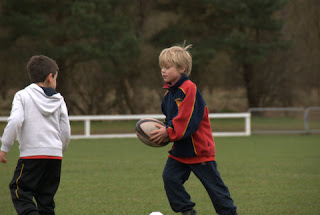 He mastered the times tables up to 3 on his own. He read a book a whole level higher than usual without melting down. He had such a great day that when he saw a can of coke that was not consumed with my prior night's pompadom emergency, he asked politely enough to make a prison warden weak in the knees if he might, perhaps, "...have a sip or two of the coca cola?" Of course! I was smart mama and remembered what the research says about positive reinforcement: "Yes" goes a longer way than "No." "Yes, yes." I said, "Yes, here is 1/8th of a can of coke." 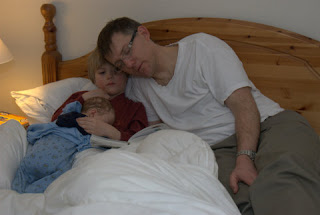 If you say the following as fast as you possibly can outloud, you will get the jest of what he said 2 minutes after ingesting his positive reward. "- I like bananas. I'm still hungry. Gorillas eat bananas. Even the peel like this (insert lightening fast demonstration). They even eat the peel. The peel would make me quite ill actually. May I have another banana? Cut it in half. Like this. Long ways. Not short ways. G is shorter than I am. We both have wide feet. Meat feet. But you can't eat our feet. Daddy has blisters still on his feet from running too long in California. I don't want to move to California because of the earth quakes. They cause tsunamis. You can't even enjoy a tsunami if you are a surfer. Mama's cousin D is a surfer. He rolls with the waves. I like the ocean. I have a wet suit and played in the ocean with G when TW was in your tummy and you were vomiting everywhere. When do I learn how to surf? We took a ferry on the ocean to the Isle of Barra -

During his hyperactive, yet pleasant, stream of conscious monologue, I interrupted in fits and starts - "I'm happy to give you another banana. But I hate getting food ready for you only to find you've only eaten a bite. The end of your tummy is always further than expected, but always a surprise. I hate wasting food. I could feed another child on the food you've wasted."

This comment of mine stopped the flow shortly after "Isle of Barra" comments and was followed by his question, "Is that why you had TW?"

I decided that it was time to do the bathe-book-bed routine rather than add a sex talk or the fumbling reasons as to why we decided to have TW in spite of the rising cost of college tuition other than, "Dunno. Just wanted another," to his caffeinated sucrose high. By the way, annual undergraduate education is at 250000$/year in 2020 at last estimate. I know, I know. Gasp. Might I, perhaps, have a coca-cola to drown my worries in?

The evening ended with me checking on him after his supposed bedtime to find him screaming - politely - into his pillow whilst doing a donkey kick with both legs in the air whilst wearing Minnesota Gopher sweats, his blue dressing gown, and a cap with a stuffed tiger glued to the top from Big M's cousin J. 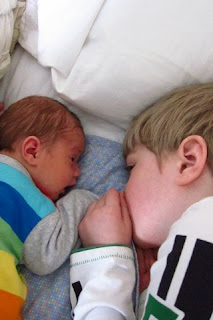 And yet, I am calmed by who he is and who he is becoming.