UDP is a fly fisherman. He whistles and clicks at my sister Zizi to get her attention when they are wading the waterways so as not to scare the fish. Apparently he also clicks and whistles at Zizi at other times too. Bug and G have taken to clicking and whistling to get my attention when I am pre-occupied and often when I'm not. It's starting to annoy me. Today I asked Bug, "Why do you click at me? I don't like it." Bug says, "UDP is important. He goes like this to Zizi (insert click and whistle noises) to get her attention when she is ignoring his importance." 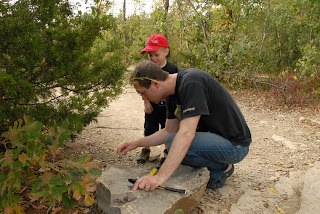 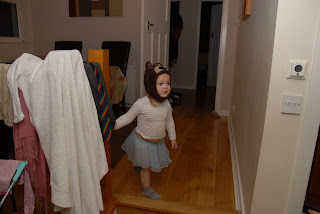 I miss Mr. Rogers. I know I am more the person I want to be because I watched Mr. Rogers growing up. Today, G was sick with the start of the 3-day tummy virus that Bug had earlier this week. All mid-move. We've already watched the BBC i/player dinosaur shows more times than I can count on all my digits and this in-and-of itself is somewhat vomit inducing. So, to perform a differential diagnosis, I found our Mr. Rogers on dvd to see if I was catching the virus or if it was just too many dinosaurs for this mama. We sat and watched as G fell asleep on my lap. Thankfully I was just sick of dinosaurs. But the time reminded me of all the sitting I did right after the kids were born. Everything gets numb, but I didn't mind because there was a brand new person snoozing on my lap. 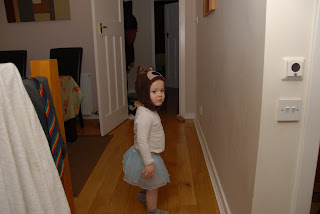 Mr. Rogers had Wynton Marsalis on as a guest. What I liked best wasn't that there was this amazing musician on television talking with this amazing man and I got to watch. What I liked was how these two lovely people celebrated the ordinary. Mr. Marsalis showed how it was to play the trumpet with different emotions we all feel. Mr. Rogers talked about the daily practice it takes to be a good musician and a good person. Handy Man came to join the band and played. Handy Man wasn't the greatest, but offered something Mr. Marsalis respected -bringing one's whole and ordinary self to the party is all that's needed. 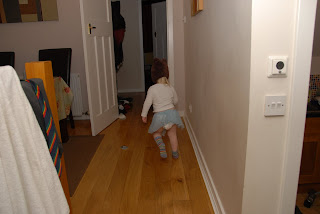 I believe that people have a world of options at their disposal. A person could become Wynton or president or the NEXT AMERICAN IDOL! It's especially tempting being American. Really, it is a fundamental in my belief system that anyone could become GREAT. G loves hats lately. She could become the next great MILLINER to put hats back on the map! Or, she could be a little girl that just really likes hats and brings all of her ordinary self to each day and dare I say appropriately dressed for the occasion of waking?
Posted by Jenna at 3:07 AM No comments:

My heart cracks with joyness every day. Joyness is my personal word for that mix of joy and sadness. You've heard it from me before, joy that the kids are growing up and sadness that it goes so quickly. We've moved due to the hubristic financial errors of our previous landlords and I never got a video of G sliding down those stairs. (Que rhythmic thumping sound, then see a bright-eyed girl traversing the long stairs on her bottom as if from no-where.) I know it won't last long and I know it really shouldn't last long. It seems almost too fast to capture, but I need to try and bottle these times as they make for great pick-me-ups when the sadness gets just a wee too big. Write a silly blog seems to be my answer. Anyhow, speaking of personal words, G has a phrase that means, "Let's play chase and tickle." It is "catchoomee." Which means "Catch you, me!" Which means, "Play catch-you with me!" Which means, "If you don't play catch with me, I will reign the morning with screeching terror." She is not yet a benevolent ruler, though she loves the hat/crown wearing aspect of it all. 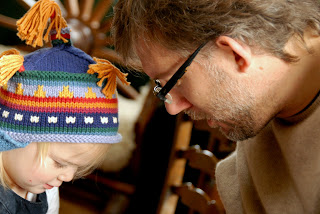 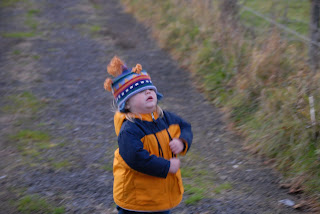 I really need to remind myself to slow down and get on the Love Bug train every so often. It really is an eye-opening pleasure. Tonight, in the tub, he was quiet and lying on his back. His ears were covered by water and a plastic cow was rising and falling on his tummy in time with his breath. He then said, "My last name is Philpott." I didn't go on and on and talk and talk and fill him with more information on his last name and families and marriage and adult blech. Instead I just listened. He breathed a little more in the quiet and said, "God's last name is Heaven." So, I couldn't shut up at this point and I said, "Heaven?" Bug, "Yes, Heaven. God of Heaven. Of is His middle name and Heaven is his last name. He got married and so it's got that little, little, uhm that little line He is God of Heaven and Earth." I'm so stunned that he has a rudimentary knowledge of women's lib and marriage that I'm not laughing. I'm just wondering the extent of his knowledge of women's last names. So, I just ask, "What's G's last name?" He says, "Well, she's sort of silly so her last name is Banana Brain." 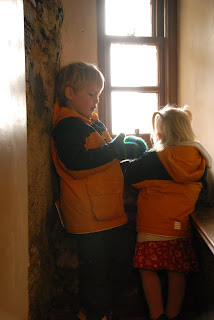 I often laugh that I call my children "Team Crazy" or "Team Bonkers," but really, I know that they aren't. For example, this weekend we were at Mugdock Park. Castles, vast expanses of Scottish landscape, people who hire people to hire people to ride their horses... One of these people parked in a dis-abled parking spot and hopped out of her road beast. She saw me do a double take, and tried to calm my apparently worried expression by opening the back hatch of her sparkling off-road-abled vehicle, getting her dogs out, and saying brightly, "Oh, one of my pointers has hurt the pad of her foot!" So, I've concluded that my children need a better team name, like "Team Energetic" or "Team Super Happy Except When Mercurial Core Values Are Maybe Threatened" or maybe just "Team Love."

Rhinos and Hunnybears oh my! 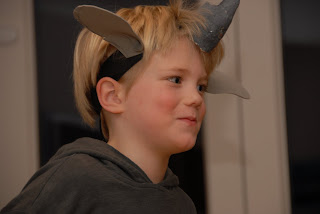 What's there to say? The Hunnybear danced and the Rhino's ears did not fall off. No one had a life-threatening allergic reaction and they all went to bed easily despite the sugar I deliberately pumped into them because it was Halloween. At the rate we're growing, we've only got a few years of full-on sugar night hallween's left. So, I indulged my mommy-self and let them eat candy! Thanks to the dear classmates and neighbors that helped with the reaction-free night! 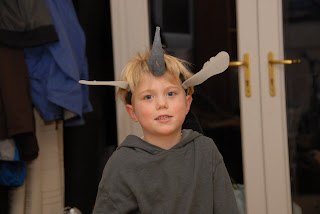 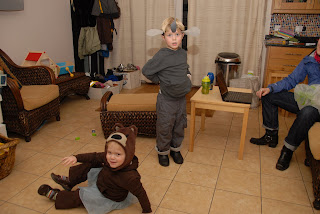 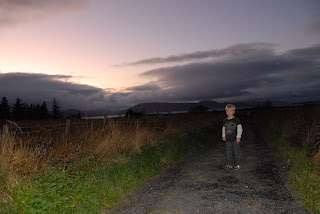 I was prepared for many things about parenthood before I actually became a parent. As a professional, I worked with children and families, often very stressed-out families, for 10 years prior to having my own children. If you count my work at the Family Y and training to be an early intervention specialist, then the number goes up to about 20 years. I knew if I had a boy I would need to survive snot, puke, and fart jokes of a particular kind that girls just really don't do. I knew about temper tantrums. I knew that parenting would be hard in unpredictable ways. I knew I would be surprised. 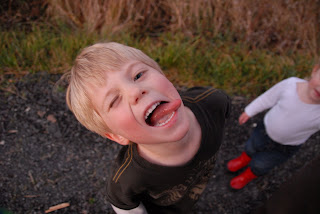 I was NOT prepared for my son to be about five paces ahead of me yesterday, strike a very grown-up-boys-club pose with his hands on his hips and his head cocked just so, spit a loogie into a puddle and shout, "Hey, Mama! Are you coming or what?" Who taught him this? Why? M says not to worry. He is learning the playground rules and they are preparing him well. 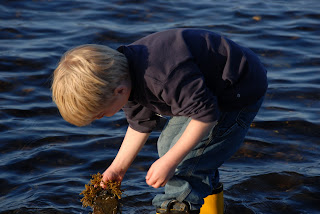